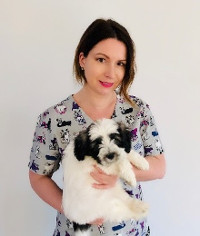 Veterinarian, FCI International Judge, PSAVA member.
My love for purebred dogs started when I was 10 years old and became owner of my first Polish Lowland Sheepdog. Since then the dogs became a very important part of my life. I am breeder of Polish Lowland Sheepdog. In my home kennel "Ponadto" over 50 Champions were born including many World-, Europe-, Westminster and Cruft's winners.

My special interest is dog breeding and neonatology, kennel management and health in breeding. I also have deep interest in small animal dermatology.
I am author of many articles regarding pure breed dog topics published in offical dog magazine PIES and veterinary press. I have given seminars for vets, vet students and breeders. I have pleasure to represent Poland at meetings of European Breeding Commision and International Partnership for Dogs workshops." 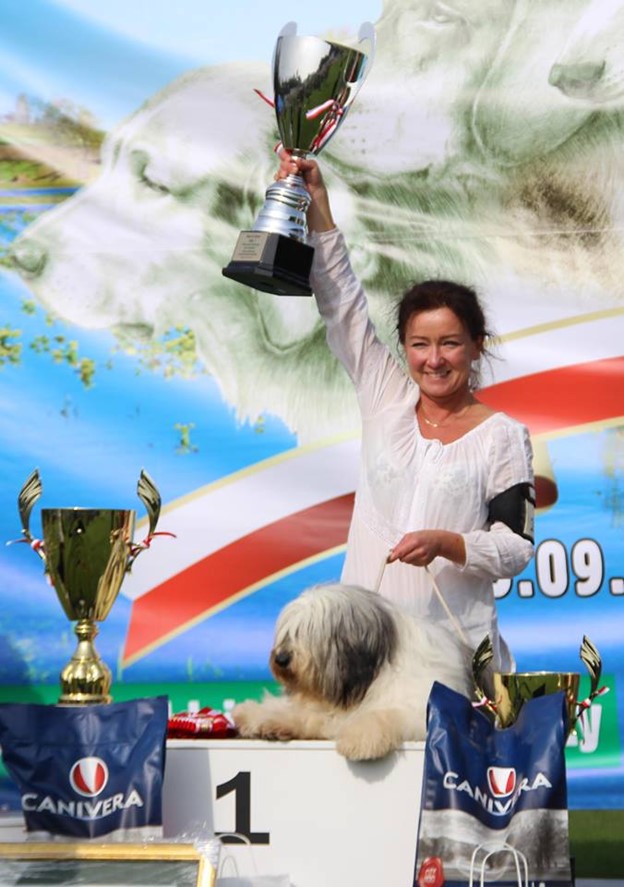 I grew up in a home where there was great respect for nature and animals. I received my first purebred dog in 1991 as a graduation gift. Of course a PON, bitch, ELZA z Lakowej Przygody. I had successfully shown her in a time when PONs were more numerous. Upon returning from England where I was for a couple of years, I decided with my husband that one dog for two people was not enough and added Bouvier des Flandres. The name of our kennel is Prolog Poland FCI. In 1999 we started breeding them with great success. We also imported three Bouvier’s from Nederland. With my beloved ILAROS. I won many BIS. We had bred Champions, always carefully choosing the parents of future puppies. After the passing of Elza, I could not accept the lack of my beloved breed at home. I went to the World Dog Show in Milan in 2000, to watch the beautiful PONs, analyzing and knowing what I wanted.

Finally, on May 12, 2006, IZBA z Gangu Dlugich was born, the one I dreamed of. Everything that is most beautiful is in this bitch. IZBA's titles include: Youth Champion of several countries, Junior Winner of

Europe, Ch.Pl, S, Ru., NI., World, Europe, Club Winner PI and 2x Club Winner NI., and International Champion. In Poland, she won several Best in Show. She represented the Polish Kennel Club at the Eukanuba World Challenge in the USA in Long Beach in 2009 y., a huge honor. As I write this, KALAREPKA Prolog Poland is expecting puppies. The litters I have occasionally, trying to choose the parents were well thought out in every way.  Today we live with 6 PONs, FIAKIER, POPIS, AKWARELA, KALAREPKA, HULANKA and TURÓWKA, one Bouvier and two Hungarian Pumis. They are Interchampions, World and Europe Winner, Pl. Klub Winner and Champions of many countries.

Today I am the International Judge of FCI Group I and International Judge of Group Il - Section 2A, and National Judge  Mountain type . In 2017 I had the pleasure to judge Pons at the National Speciality in the USA.  Judging PONs I always highly appreciate type, anatomical construction, movement, looking through the prism of their usability. But presenting myself I will always say first and foremost that I am an exhibitor, then a judge and finally a breeder.

I used to be head of the Gr l FCI pastoral section, now Head of Doberman, Schnauzer and Russian Terrier sections in the Bydgoszcz Branch of The Kennel Club in Poland. I also  used to be Secretary of the Presidium. I am honored with the Golden Honorary Badge of Polish National Kennel Club. Thank you very much for the invitation and I wish great time to all of you. This is a great honor for me. 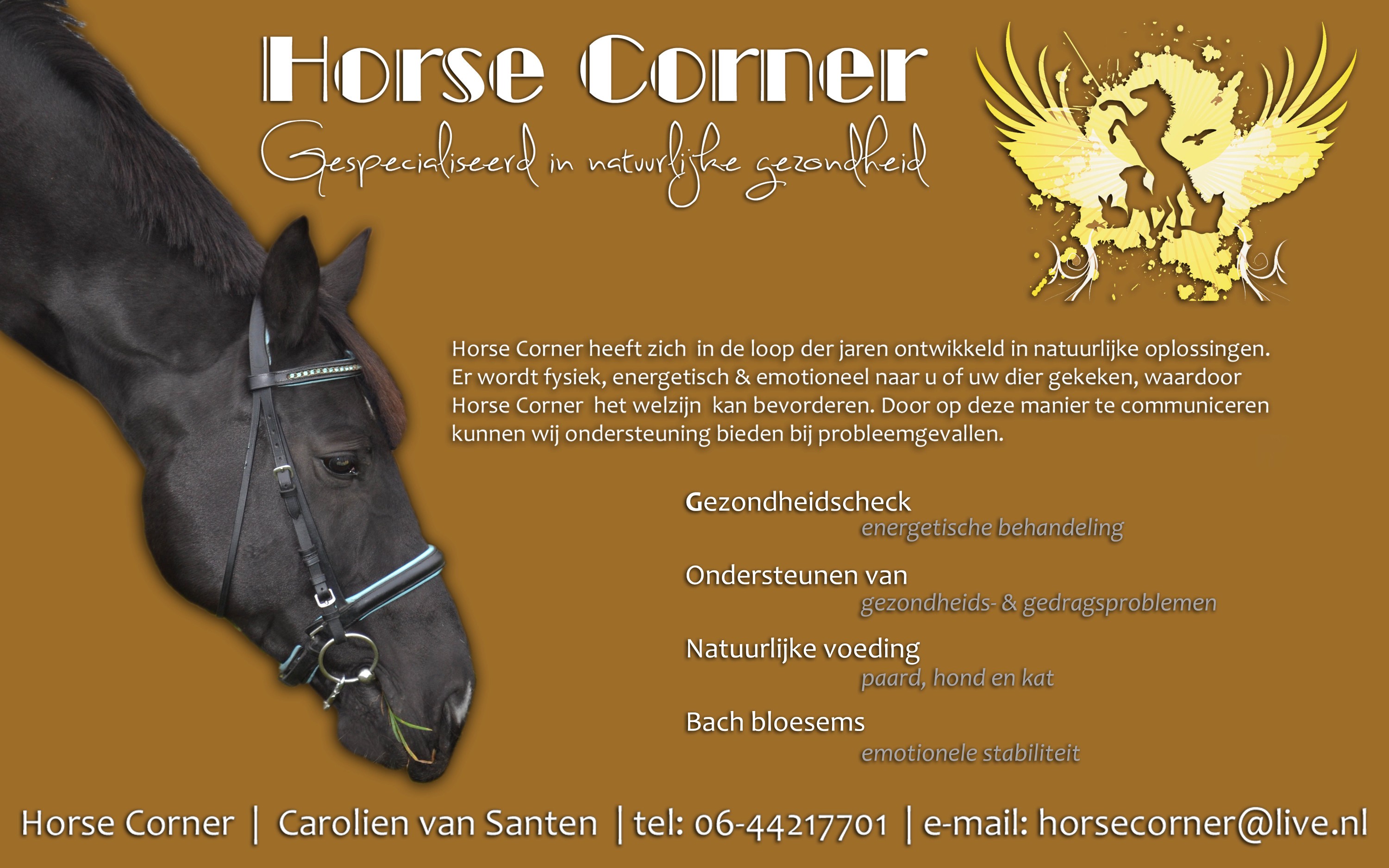 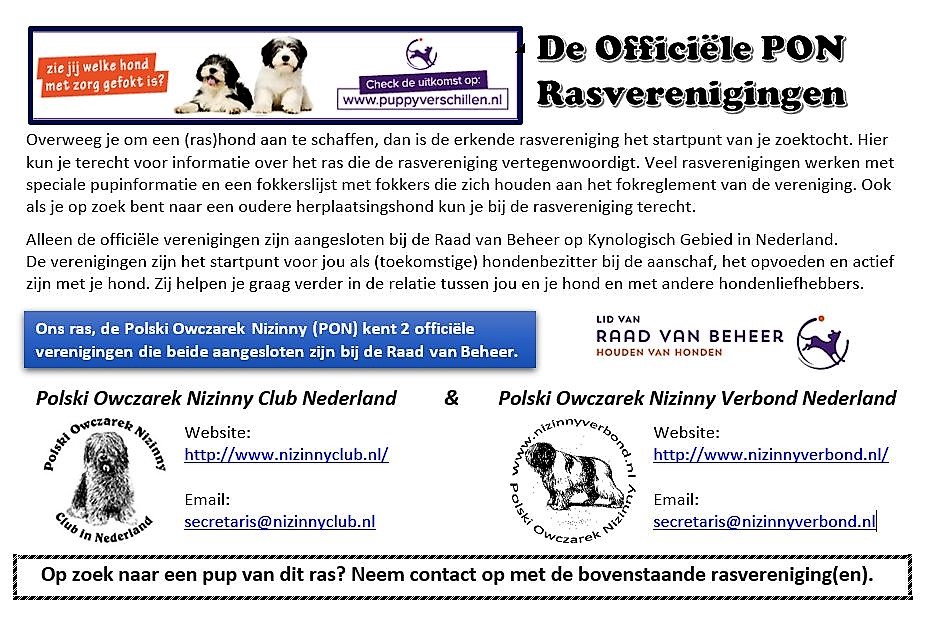